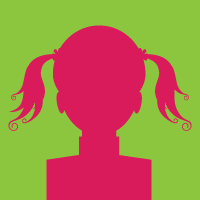 Growing up, my family loved to celebrate special events. We celebrated birthdays, anniversaries, and graduations. We even threw parties to commemorate the beginning of summer. Whenever my family invited guests to their home, my mom or grandmother usually baked a delicious, three-layer cake. My grandmother was famous for her homemade caramel and chocolate cakes. My mother baked strawberry, German chocolate, and lemon cakes to perfection. Since marrying my loving husband nearly eleven years ago, I’ve been baking most of the cakes in my family. On this blog, I hope you will discover the easiest cakes to bake for your upcoming, special events.

Many different Mexican dishes are made with cheese. As such, there are quite a few different cheeses sold and used in Mexico. Some are hard and crumbly — they are better suited for grating and sprinkling over dishes. Others are good melting cheeses. If you're looking for a melting cheese to use on Mexican food, here are some of the top options to explore.

Queso manchego is a Mexican cheese that closely resembles the manchego cheese popular in Spain. In Mexico, however, this cheese is made with cow's milk, whereas the Spanish have always made it with sheep's milk. Manchego melts well and has a nutty, mild flavor. It can be used in quesadillas, melted over burritos, or incorporated into dips. Since it has a creamy, almost white color, it won't change the look or color of dishes like an orange cheese would.

Named after the city of Oaxaca where it is made, Oaxaca cheese is a white, stretchy cheese similar to mozzarella. It pulls apart into strings when it is cold, but if you slice it and heat it, then it becomes melty and gooey. It's not quite as stretchy as mozzarella when melted. Its flavor is mild, but not too milky. Oaxaca is often shredded and then used as a finishing touch on soups and bean dishes. It melts on top of them.

Queso Menonita, as the name suggests, was initially created by Mennonite people living in Mexico. In some areas, it is referred to as Queso Chihuahua, since it hails from Chihuahua. Names aside, this cheese is similar to Monterrey Jack. It's white, medium in texture and flavor, and melts very well. It's often used inside tamales and on top of chips. Some Mexican-American restaurants blend Queso Menonita with cheddar for more flavor.

Queso Asadero is one of the mildest cheeses on this list. It's deliciously creamy and milky but does not have much pungency. It melts very well — similar to a muenster or mild cheddar. You'll often see it combined with other cheeses in a quesadilla. Sometimes, it's used to make queso dips, although other cheeses are then blended with it for flavor.

Hopefully, this list has given you a better idea of which Mexican melting cheeses exist and how they are all used. Each cheese has its own unique qualities and can be enjoyed in its own way. If you want to try any of these Mexican cheeses, contact a food supplier in your area.